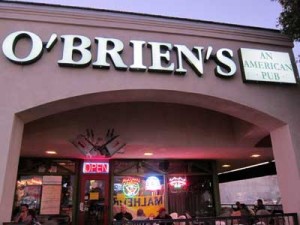 O’Brien’s Pub is kind of a classic, old school, pub.  Seems like it is usually full of thirsty guys.  My wife always comments that there are over 90% men there.  There are places that have a fancier decor, no doubt but NOBODY pours better brew on a regular basis than these guys do.  Their tasting events are legendary.  You can sign up for their email list at their website.  I read every one! A couple of my favorite events this past year have been the Russian River “Tion” tasting and the Alesmith Stout tasting. For the Russian River "Tion" tasting, they feature all 17 of the RR brews whose name end with “tion”.  For example, Damnation, Supplication, etc.  Most of these are sours.  I’ve attended this even for about 3 years now and it took two times before I became addicted to this style.  Now I am seeking them out everywhere I go. One other thing they had at one of these events was a cask version of their Porter.  That was totally awesome.  Imperial styled, this was the best Porter I have ever tasted.  Wish I could get it more often! 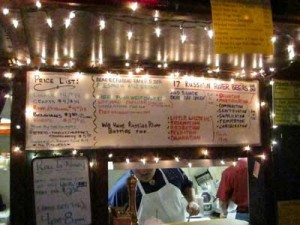 The other event that was awesome was the Alesmith Kopi Luwak Speedway Stout release tasting.  This is a coffee bean Stout made from some of the most expensive coffee beans on the planet.  Wild stuff, look up Kopi Luwak in Google, if you don’t know about it.  Anyhow, along with this, they had some older cask versions of the Speedway Stout there too.  As a special treat, I pulled out a bottle of some aged Speedway that had about 3 years on it.  I think it was the beer of the night, which is saying something! Anyhow, O’Brien’s rocks for having the best beer.  Oh, and they have some decent food.  Gastropub style.  They make a darned good hamburger with stilton blue and bacon.  They do specials all the time and keep a board menu out front, as you walk in.  If you are hungry, don’t forget to check it out. They are located in kind of a strange place.  Right in the middle of the Oriental section of Kearny Mesa on Convoy Street.